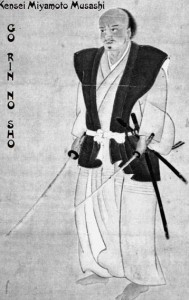 The oldest human remains found on Okinawa are believed to be dated about 30,000 BCE, give or take a week. 607 A.D. is believed to be when the first contact with the Chinese occurred but due to several cultural and language differences the Chinese soon there after returned to China. 753 A.D. The word Okinawa first appears in the Japanese records.
Legend has it that at about the dawn of time, Tedako Onushi who is the great sun god, sent Shinerikyo and Amamikyo to an isolated island. They lived next to each other and over the years Amamikyo became pregnant and gave birth to three children. The first was a son who became the ruler of Okinawa. The second was a daughter who is believed to have become the first priestess of Okinawa and the third was a son who became known as the ancestor to the Okinawan common people. From the earliest times, Okinawans survived by their agricultural and fishing abilities. The people generally lived in isolated villages without much outside influences from foreigners or even from other nearby villages which is apparent in their differences of the northern and southern dialects of their own unique language.
As with any society the skillful become wealthy and the meek inherit the shovel. Being a leader meant that one of your responsibilities was to protect the citizens of your community.
To accomplish this leaders beganto build large stone defensiveprotectorates on key ground in their villages.

About 1000 A.D. the first castles started to appear. These castles became the houses of the Anji (lords). Urasoe Castle is believed to have been the first castle of more than a 100 constructed during this period from which the Anji ruled. Urasoe also in old Okinawan dialect (Hogan) means to rule over the country side. As with any society of more than two people wars and skirmishes followed and eventually lead to Okinawa being divided into three kingdoms.
Only in 1429 was Okinawa unified for the first time. Prior to this unification the various rulers established and maintained trade relations with China and paid tribute to the Ming Emperor. But after the unification of Okinawa under Hashi and his father only the new ruler of Okinawa reserved the sole rights to establish and maintain trade with foreign countries thereby locking in his economic superiority. The Chinese knew him as the King of the Chuzan and also gave Hashi the name Sho. Okinawan traders during this period were the most successful and enjoyed trade relations with a number of Asian countries such as but not limited to Korea and Thailand. With the decline of the Ming dynasty who was an major supporter through trade and culture and the emergence of a very hungry and growing feudal Japan Okinawa experienced some difficult misgivings.
In 1609, Lord Satsuma from Kyushu located in southern Japan invaded Okinawa and easily defeated the boat oar welding Okinawans whom were reluctant to fight. The Japanese left the political and sociological infrastructure intact and ruled indirectly. The Japanese left the political and sociological infrastructure intact and ruled indirectly. The Japanese levied high taxes and assumed control of the Okinawan’s foreign trade at this point Okinawa began to decline rapidly. In 1853, Commodore Perry came to Okinawa in a ship called the Susquehanna. Commodore Perry had a coaling station constructed were the current Tomari area. Perry also signed a treaty guaranteeing the rights of U.S. citizens and other foreigners on Okinawa.
Again in 1879, Japan invaded Okinawa and sent troops to occupy the Shuri castle. This period began the forced Japanization of Okinawa. The last King of the Ryukyu’s, Tai Sho was exiled to Tokyo and a Japanese appointed governor was put in his place as head of the reformed Okinawa.